Life during the COVID-19 lockdown

Given the state that the world is in right now, many companies, mine included, offered their employees the option of working from home. I decided to jump on the "working from home" bandwagon and write an entry describing how I personally managed it.

A few days before the state of emergency took effect, I bought an HP monitor, a Logitech keyboard and the cheapest mouse I could find. With this, I set up an impromptu workstation for the days to come.

I chose this monitor because it supports both HDMI and Display Port. I use the former with my work issued laptop and the latter with my own Thinkpad. The choice of keyboard was driven by the lack of an alternative. Most of the keyboards I was shown looked like cheap knockoffs of popular brands. As for the mouse, I picked the cheapest one because I'm not a heavy mouse user, and I figured any mouse would do the trick. I regretted this decision when I found out that the mouse sometimes releases mid-click, which results in some nasty mouse slips when playing chess.

As far as internet connectivity goes, I either tether with a 3G+ tablet or I plug a prepaid 3G SIM card into the Thinkpad itself. I was surprised to find out that it actually does come with a SIM module. The internet speed is good enough for my needs despite it being "only" 3G. It can handle calls, Youtube and the occasional download without stutter.

Speaking of calls, I've been using my Nokia 3310 headset because I forgot to buy one. It gets the job done, but doesn't do well in windy areas.

I also got a cheap table like those you see in cafés. I like working in the open, so when the clock strikes 4 or 5 PM, I'll grab my laptop and head to the roof where I finish my work and get my daily dose of sunlight. Photo taken with my calculator

Not much has changed in terms of software except for the introduction of Microsoft Teams. It runs well on my Ubuntu install and supports screen sharing and video conferencing, three criteria that encouraged us to choose it.

I start the day by taking part in the daily standup meeting we hold via Teams. Don't tell the scrum master, but I actually do it while sitting down. The meeting starts at 9, so I usually wake up ten to fifteen minutes earlier to get ready. Once the meeting is over, I head downstairs to have breakfast and get coffee. I then proceed to work until about 1 or 2 PM, depending on the workload. I prepare a simple lunch that usually consists of (rice | pasta | couscous) + (fish | chicken breast | lentils) + (1 | 2) tablespoons of olive or argan oil, depending on the mood. Sometimes I get adventurous and dump 20g of sticky mozzarella goodness in there. I try to time it so that it coincides with the Dohr prayer, this way I take care of the religious rituals while the meal is cooking, thus killing two birds with one stone.

An hour later, I get back to work with a full stomach and a cup of tea. At around 5 PM, I go to the roof and finish work in the aforementioned table.

I shut down the work laptop at around 6 or 7 PM depending on the workload and the time I spent on non work-related tasks. Sometimes lunch prep and eating takes more than an hour, so I make sure to factor that into the work schedule. This is usually when I wind down in front of my own laptop with a bowl containing a milk/amlou/oatmeal mixture. I like to relax and see what's new on Reddit, Twitter and/or 4chan, do some chess puzzles and some recreational programming. A lot of times though I'll head to the basement and exercise for a bit. Nothing too heavy, just enough to get my heart rate going. My workouts mostly consist of bodyweight exercises like pull ups, push ups and the like. As a bonus, here's a clip of me awkwardly juggling a ball in our grey, cold, poorly lit, dust-covered, rat infested, likely-haunted basement :

I have no explanation for the flailing hands

Working from home has been (and still is) an interesting experience. I've personally not a big fan of WFH because it causes work to leak into your personal life, but it does have its perks.

I was feeling nostalgic the other day so I decided to take a trip down memory lane by browsing some old entries on my phone. To my surprise, I found a few encrypted files that I don't remember putting there. After trying a few passwords that made sense, it quickly became apparent that a mental dictionary-based brute force approach was not the way to go.I turned to Google in search of answers. The first pages mention an app that can decrypt .eslock files, and while it looked promising, I wasn't sure it would be smart to trust a black box of an app with data that I once deemed private enough to encrypt. I had to find another way.This blog post in particular caught my eye. It states that the password of an encrypted file is hashed with the MD5 algorithm then stored within the file itself ! Since MD5 is considered to be obsolete, surely I would be able to un-hash the password if I were to get my hands on it. With no pointers on how an .eslock file is structured, I figured I'd …
Lire la suite 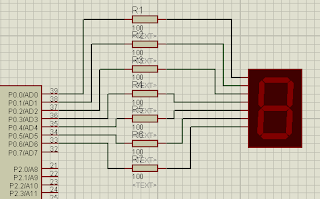